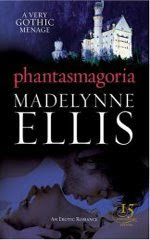 Bella Rushdale lives a decadent lifestyle with her two lovers, the Viscount Lucerne Marlinscar and Vaughan, the Marquis of Pennerley. All three have been lovers for over three years, and they throw caution to the wind, enjoying ferocious lovemaking every chance they can get. Lucerne is the more considerate of the two men. He treats Bella like precious gold, whereas Vaughan is the brooding type and likes it rough. Bella could not ask for anything more. But that is all about to change when Vaughan simply walks away from them both without any reason.

The trio's scandalous relationship has long since gone past the point of everything that is considered to be normal in the eyes of society. Lucerne wants Bella to be his wife but lusts after Vaughan with a passion no man should feel for another. Vaughan is obsessed with Lucerne, the only person he truly loves; even so, he can’t let go of Bella. Bella is caught between the two men, she adores Lucerne, but her soul belongs to Vaughan. She can’t let him go and will chase him to the pits of hell to get him back even if that means sacrificing her relationship with Lucerne in the process.

Weeks go by and neither Bella nor Lucerne knows where Vaughan has gone. Vaughan is tired of the way things are between his lovers and sets a plan into motion where Bella and Lucerne must choose whom they want to be with. He invites them to his family home at Pennerley where he will hold an All Hallows Eve party called a Phantasmagoria. There his guests will experience their darkest fears and desires. He hopes Lucerne will come rushing to him and proclaim his love and, of course, Bella will be right behind him. But Lucerne makes no appearance, only Bella arrives. She’s willing to do anything to make Vaughan love her, even if it means degrading herself.

PHANTASMAGORIA pushes the envelope in so many ways. Madelynne Ellis has written a dark gothic tale where sexual perversions are out in the open and lust and sex is all about power. This may sound like an uncomfortable read, which it may be to some, but I was enthralled and lost in this tale of three people who live for vice but truly do not know what they want or even if they can love one another.

Vaughan may seem to be the villain of the piece, but he is so tortured because his love for Lucerne will never be reciprocated. He knows he can have Bella eating out of the palm of his hand, but he wants what he can’t have, and because of that, he almost ruins himself in the process. Bella is the one woman who understands Vaughan and sacrifices herself. She is willing to do whatever she can to make Vaughan happy just so he will give her a piece of his heart. Seems cruel right? But when you figure out what Vaughan is trying to accomplish, his so-called revenge comes together like pieces in a puzzle. Almost every page is filled with talks of sex and the actual sex acts seem a bit depraved in a way. One such scene where Vaughan enjoys Bella in the kitchen pantry should raise some eyebrows. And when the time for the Phantasmagoria comes, well, everything before is really child’s play.