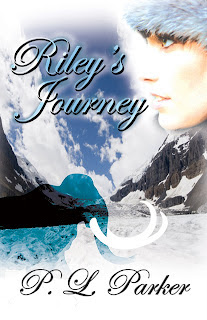 "Riley's Journey" came out in print in October, 2007. "Riley's Journey" is a time travel novel, taking place during the Ice Age when Neanderthals and Cro-Magnon inhabited the earth together. The heroine is sent back in time, without her knowledge, to be the mate of a man sent back five years previously. It has hit the time travel best seller list on Amazon.com quite a few times and I am pretty excited about that. My first novel, "Fiona" was on TWRP's best seller list for quite some time and is also No. 1 on the current print sale list, as well as being No. 5 (as of earlier today) on the paranormal list for novels.

2. How long had you been writing before you sold your first story?


I haven't been writing that long. I started "Fiona" in March of 2006 and finished it in August, 2006 and contracted for publication with TWRP in late December 2006 or early January 2007. At the same time, I was writing "Riley's Journey" and I submitted "Riley's" in March 2007 and TWRP wanted that one as well. So in reality, I have been writing for just over 2 years.

3. So far, what has been the biggest thrill for you as an author?

The biggest thrill, of course, was logging onto my computer and seeing the acceptance from TWRP that they loved "Fiona" and wanted to publish it. Smaller thrills include seeing my first book, checking the internet and actually finding myself there, etc.

4. Which friends or authors have influenced you over the years, whether for their writing or for their friendship?

My husband who is also my best friend. I used to tell him these stories I made up and he kept telling me I needed to write them down and, finally, he took me out and bought a home computer and told me to get going. He is also my biggest fan and reads everything over and over to give his input. My sisters and parents are big on my list as well. Both my sisters read the finished product and do the first editing for me.

5. Finally, what is coming up next for you?

Actually I have two that I just signed contracts for with The Wild Rose Press, "Aimee's Locket" which was originally for the Faery Rose line but will come out as a Cactus Rose, and "Heart of the Sorcerer," a short story. "Aimee's Locket" is a time travel and the heroine ends up in St. Louis, Missouri, in 1847 at the start of the Oregon Trail. "Heart of the Sorcerer" centers on a portrait hanging above the mantle that draws the heroine back to her beginnings. As I said, I have signed contracts but this only happened two weeks ago so it will be some time before either of them actually hit the new releases list I expect. I am currently writing a vampire book, and it is going very well. I have had a lot of people ask about a sequel to "Riley's Journey." Though I never really looked at it having a sequel, enough interest in it has prompted me to start mentally working out the logistics for the continuing story.


You can purchase P.L. Parker's books by clicking here.

Learn more about her by visiting her website at PLParker.com

Great interview. I loved both of these books and can hardly wait for more. P.L. Parker has a way of telling a story that draws the reader in and you really feel like you are right there. The stories are very entertaining and so well written that it makes it hard to put the book down until you finish it.

I am really looking forward to P.L. Parker's next published book, as I have enjoyed her first two books. I read Riley's Journey at one sitting, and am one of the people who've asked for the sequel. A book that can take me right into the story's location, and keep me there, is the book for me. Keep them coming.

Yes, this author is my sister and yes, I might be in her corner to begin with but I have to tell you....the stories that are coming out of this woman's mind are absolutely amazing! Who knew she could write like this? I didn't and I grew up with her! I've read all of her books and loved every single one of them but the thing is, while they are ALL entertaining and even fascinating, they are also each a little different; different characters, different story line and different scenerio. Fiona is my favorite but once I got started, I had a very hard time putting any of them down. I highly recommend that you read one of her books....I am convinced you will NOT be disappointed!

I love reading TT and this is one I can say I've never read in this setting. Very unique!

This sounds like a great book! What an interesting concept!

This is my first exposure to P.L.Parker and most certainly won't be my last. "Riley's Journey" sounds like something I need to get.

Great interview! I need to check this out!
J.J.