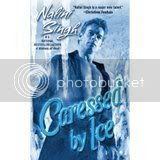 The Psy population consists of human-like people who have various psychic powers. However, there was an unfortunate tendency among the Psy for certain members to go insane and become serial killers, so a program was developed to eliminate all emotion from the Psy (all, because it turned out to be impossible to get rid of specific emotions). In 1979, the Silence program was born. There were some members of the Psy who didn’t agree that it was for the best; those who were too vocal in this belief either had their minds wiped clean or disappeared forever, supposedly at the hands of a death squad called the Arrows. Of course, it’s now 2079; Silence has been almost a complete success, and most Psy believe the Arrows are a myth. They would be wrong.

Judd Lauren was an Arrow; as such, he was forced to commit acts that would give most men nightmares and haunt their waking hours as well. Now he’s a traitor to his people, living among changelings for the good of his family. Luckily, as a Psy for whom Silence worked quite well, Judd doesn't waste any emotion on regret; he doesn’t have any emotions to display, not even for Brenna, the changeling woman who was nearly destroyed by a Psy with a lust for killing. No, Brenna will just have to get over this insane need she seems to have to try to unlock his hidden emotions. And Judd? Well, if there are really any emotions locked away in his frozen heart, they’ll just have to stay there; everyone is safer that way, most of all, Brenna.

Brenna Shane Kincaid was once a gentle, laughing member of the SnowDancer pack. Comfortable with her place in the pack and cosseted by her brothers, Brenna was happy with her life. Flirting with other members of the pack was a fun and harmless past time. What she didn’t do was flirt with Judd; the man’s icy exterior was extremely off putting and the idea of cuddling up to him just didn’t appeal. Of course, that was before. Before the Psy monster Santano Enrique kidnapped her and committed acts so vile that despite her rescue and “miraculous” recovery, Brenna will never be the same. Something integral to her psyche, her very soul, is forever changed. Brenna now has visions of death; she sees and feels things that make her wonder if she’s even safe to be around. And then there’s Judd. The icy demeanor that used to make her look away, now just poses a challenge to Brenna. If she can get past his defenses, Brenna’s instincts tell her that he just may be her soul mate.

Nalini Singh’s Psy-Changeling series just keeps getting better and better. In CARESSED BY ICE, we get the chance to know the mysterious Judd Lauren and the fragile, yet iron-willed Brenna Kincaid. At first glance, Judd isn’t ideal hero material; he doesn’t coddle Brenna or try to make her feel better about herself in any of the traditionally acceptable ways. He’s far more likely to tell her that she’s making a fool of herself and order her to get it together. Not exactly fuel for romance, but actually, just what Brenna needs to hear. Brenna resists Judd’s attempts to order her around and finds herself enjoying the set-downs Judd tries to deliver. Here is a man who doesn’t view her as a baby who needs careful handling. The two are definitely representative of the classic fire and ice pairing, and if they can overcome the admittedly huge obstacles in front of them, they seem destined to make the kind of mates whose love and passion will live forever in the hearts and minds of readers. But, those obstacles I mentioned, they aren’t going to be easy to defeat. If Judd breaks Silence there’s a very good chance it could kill him, or cause him to kill Brenna. And Santano Enrique wasn’t the only enemy Brenna had, someone else wants her dead, and he’s only a heartbeat away.

The Psy council and their schemes once again play a huge role in the latest installment of the Psy-Changeling series. A new version of Silence is in the works, and if it succeeds, renegade Psy may never be a problem again. Sascha and Lucas (from SLAVE TO SENSATION, September 2006) and Faith and Vaughn (from VISIONS OF HEAT, March 2007) are important to this story, as are other members of the DarkRiver and SnowDancer packs. Hawke, the alpha of the SnowDancer pack, is surprisingly understanding of Brenna’s decision to pursue Judd. He’s an interesting man, and despite his belief that a mate isn’t in the cards for him, I have a sneaking suspicion that she’s actually right beneath his nose. I can’t wait to find out if I’m right.

Do not miss CARESSED BY ICE! With a truly inspired mix of passion and danger, this story will keep you on the edge of your seat. It’s well worth your book buying dollars and will surely earn itself a place among your favorites, as will the very talented Nalini Singh. What are you waiting for? Go buy it! :-)

Great review, I love this series and agree, it gets better and better - Caressed is a must read. I think you're right, too, about Hawke's mate being right under his nose.