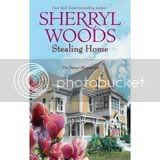 Bill Townsend, Maddie's husband of twenty years, explains their marriage is over. He is moving out of the Townsend home of five generations and into an apartment with his twenty-four year-old girlfriend who happens to be a nurse in his pediatrics office. Maddie had no idea their marriage was in trouble. Their children, teenage boys Tyler and Kyle and six year-old Katie, are just as stunned, until Tyler sees his Dad with his pregnant girl friend and learns the depths of his Dad's betrayal.

One of Maddie's two best friends, divorce attorney Helen Decatur, makes sure Maddie gets the house and proper child and spousal support. Better yet, Helen and the third friend from the group known as the Sweet Magnolias in high school, chef Dana Sue, have a plan for Maddie. They want to open a gym, a place for women to learn healthy living habits, a place to be pampered with massages and facials after an energetic workout. They convince Maddie to become the manager-promoter of the projected spa.

High school baseball coach Cal Maddox knows something is wrong with his star pitcher, Tyler Townsend. As a former big-league baseball player, he knows Tyler has the talent to go all the way to the top, but he won't get the chance if he pitches like he has been. So Cal calls Tyler's mother. It doesn't take Cal long to know he is interested in Maddie. He must be crazy. Maddie is ten years older, a mother of three, and still blistered by the burns of her marriage's ending.

Welcome to Serenity, where the citizens' lives are anything but serene and where the gossip spreads faster than the day's heat. Before she knows it, Maddie finds she is the subject of the gossips' speculation. Dealing with it along with all her other problems would be more than she could handle without her friends' staunch support.

STEALING HOME is a slice of life story that resonates within you. Author Sherryl Woods lets you come to care for Maddie, her friends, her children, and Cal while they deal with the results of a divorce and the predicaments and entanglements involved in beginning a new life. While some of the events occasionally feel serendipitous, you believe Maddie's hard work, perseverance and innate goodness make them happen. Cal knows he and Maddie are perfect for each other, but overcoming her objections, the demands of her new job, a gossip beget scandal, Tyler's anger and the school board's threat might be more than either of them can handle. An excellent keep-you-up-all-night romance.