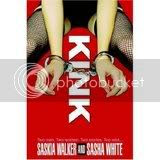 
Kelly Burton is a woman on a mission. Whenever she gets that look in her eye, her friends know nothing will stop her from achieving her goal. In this case, that goal is to get an autograph from rocker Clayton Warren for Kelly's friend JoJo, a true fan layed up with a broken leg. Kelly didn't count on getting caught by security. But once in his arms, she's not sure she wants him to let go.


It's the last night of the tour and security Chief Tommy Sampson was looking forward to the after party. When he catches up with the sneaky groupie, Tommy has one goal in mind, tossing her out the back door. Until he really looks at what he has in his hands and realizes the only partying he wants to do is with her, groupie or not.


When a decidedly kinky one-night stand leaves both parties wondering what they might have missed by walking away, the pressure is on. Without the other's last name, will Tommy and Kelly pursue the one that got away? Can a one-night-stand last forever?


Bethany Mack is feeling a little stale and forgotten in her marriage. She heartily remembers flirting and being flirted with, but can't remember the last time it happened. Bethany loves her husband Grant, but their decision to focus on securing their future is now not looking like such a great plan since it's affecting their love life negatively. Soon, Beth finds herself taking little chances, going without underwear in the heat, that soon blossom into bigger ones, giving mini-peep shows to strangers. While she hasn't done anything wrong, is she playing with fire?


Grant Mack is disappointed and hurt when he finds out what his wife has been doing to keep herself stimulated. But when he realizes what she needs is to be dominated, he is more than man enough for the job.


Can these two rekindle the simmering fire of their passion for each other?


It's the little things we do that can radically change the course of a marriage and Bethany is on a path that could destroy the thing she wants to save. Grant's dominance is a revelation and the spark to their salvation. But sex can't heal the hurt she caused; only love can do that.