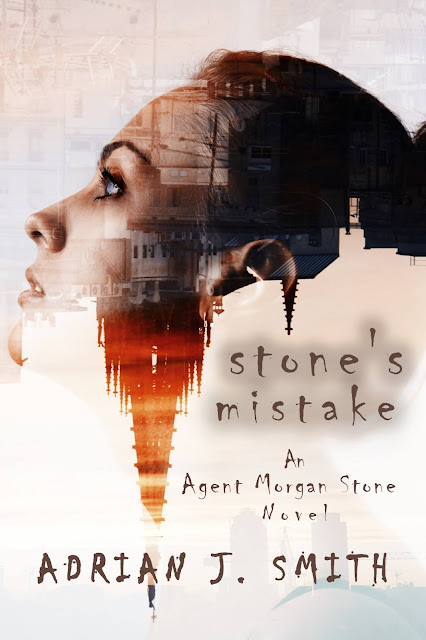 Serial killer investigations need a woman’s touch, luckily Agent Morgan Stone is the best profiler the FBI has. A twenty-year veteran of the FBI, Morgan has worked her fair share of cases. When Chicago Homicide Detective Fiona Wexford calls for a second opinion, Morgan jumps at the opportunity to help. With a growing crush on Fiona, Morgan fails to weave the personal and professional when it becomes clear Fiona’s suspect is a serial killer. Taking over the investigation, Morgan rushes to solve the mystery and makes an egregious error in the process. Will Morgan reclaim her case and catch her suspect before one more person has to die?

Morgan had arrived early that morning, but she had to wait for the local PD to let her in before she could go to the crime scene. She’d walked the apartment complex twice before the detective arrived well past nine in the morning. The murder had been discovered the night before, the car Morgan had been searching for parked by the apartment had only pissed her off even more.
When it had been run, an alert had popped up on her end, and she had immediately called Taylor and told him she was leaving in the morning. He readily agreed. She clenched her jaw and glared at the detective in charge. If St. Louis Police Department had only taken her inquiries seriously then perhaps they would have one less dead body on their hands.
Morgan stomped straight toward the detective’s vehicle. Pax’s rental SUV stopped her short, and the window rolled down. Pax gave her a grin, and Morgan sneered at him. “You better brighten up, buttercup, if you want any information from them. Going in there like that will get you nowhere.”
“Shove it. You got the good stuff.”
“Always, love.” Pax handed her the cup of coffee out the window, and she breathed in the aroma before taking a ship and hissing. “It’s hot.”
“No shit,” she muttered but took another sip anyway.
Pax drove ahead and parked next to the detectives vehicle. There were still uniformed officers on the property. Morgan walked to meet up with Pax, but he was already talking to the detective in charge. She raised her eyebrow at him and waited for introductions to be made.
He nodded at her. “This is my partner, Special Agent Stone. This is Detective Hadley.”
“Pleasure to meet you.” Morgan put her hand out for him to shake, but he stared at her and turned back to Pax. Inwardly groaning, Morgan listened and drank her coffee, absorbing anything he said. She worked it into her already built profile.
When Hadley offered to let them in the apartment, he turned to her with a hand on his hip and a smirk on his lips. “It’s a bloody mess in there, forewarning you.”
“Why? Because you think that I’m a lowly, petty woman who is going to faint at the sight of blood or because you just think I might be interested in the fact that this murder is a lot more violent than the others?”
Hadley’s lips thinned.
“Yeah, that’s what I thought.” Morgan pushed her way around him and walked up the awkward cement steps to the building. She made it to the top floor before Pax and Hadley were even at the second floor. She was pissed, and the anger running through her veins was not going to do her well. She flashed her badge at the uniform at the door and went inside after putting on her booties to cover her shoes, not wanting to wait one more minute for the asshole behind her.
No one was in the apartment but her. Taking in a deep breath, she caught the scent of flowers and bacon. Someone had cooked recently. Walking into the kitchen, Morgan found the dishes done and no sign that anyone had eaten there recently, much like the other crime scenes. Whoever was committing these murders was meticulous before they left about making sure the house or apartment was in complete order.
Morgan moved to the dining room. Nothing looked amiss there either. The chairs were tucked under the table, pushed in and out of the way. The living room had the throw blanket folded and tossed over the arm of the couch. Pax walked in, his breath slightly heavy from the climb up the stairs. She’d tease him about it later but really didn’t want to open any opportunity for the asshat to talk more than necessary. “Body found in the bed?”
“Yeah, this way.” Detective Hadley grunted and then led the way into the back bedroom, passed the bathroom. It was a small apartment. No more than five hundred square feet. It wasn’t spotlessly clean, but it was tidy. Everything was in place, just as she had requested it, except for the body. They had already taken that to the morgue, she knew. She and Pax would make that stop next, but first she’d wanted to get into the mind of her murderer.
The bedroom was a completely different story. The bed sheets were bloody, but the vague outline of where the body had been was imprinted into the pattern of blood. Splatters of red littered the ceiling, the headboard, and two walls, like the killer had shifted position in the middle of stabbing the victim. Unlike Andrea’s murder, this one was violent. If Morgan didn’t know better, she’d say her killer was angry.
“She’s getting more violent,” Morgan commented to Pax, bypassing Hadley.
“She?” Hadley asked.
Morgan refused to answer and let Pax do the talking for her. If she didn’t have a direct question to ask Hadley, she wasn’t about to talk to him, and she might even be of mind to complain to his supervisor if she could find the energy and the time.
“Theory is our killer is a woman.”
“Not theory. She is a woman. Your tests will come back, undoubtedly, that the victim had sex before she was killed with a woman. There has never been a sign of a male in the homes of our victims.”
“Jesus,” Hadley muttered.
Morgan spun on him with a grin on her face. “Want to make another snarky comment about women now or afraid one of us might kill you?”
Hadley blanched but wisely kept his trap shut. Morgan took her own photos on her phone, knowing she’d get copies of everything anyway but wanting access to it sooner rather than later. 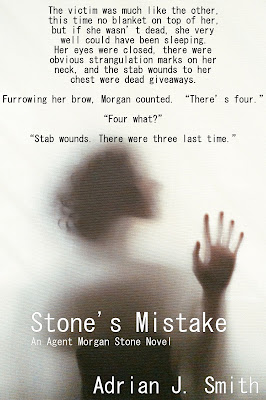 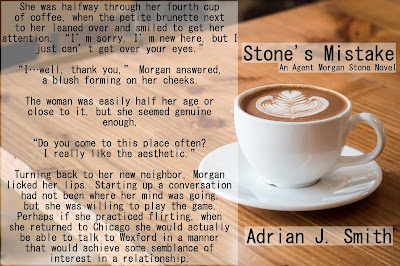 Adrian J. Smith has been publishing since 2013 but has been writing nearly her entire life. With a focus on women loving women fiction, AJ jumps genres from action-packed police procedurals to the seedier life of vampires and witches to sweet romances with a May-December twist. She loves writing and reading about women in the midst of the ordinariness of life. Two of her novels, For by Grace and Memoir in the Making, received honorable mentions with the Rainbow Awards. AJ currently lives in Cheyenne, WY, although she moves often and has lived all over the United States. She loves to travel to different countries and places. She currently plays the roles of author, wife, and mother to two rambunctious toddlers, occasional handy-woman. Connect with her on Facebook, Twitter, or her blog.

Sounds good thanks for the review
Penney