Promo: When A Lady Kisses A Scot by Tara Kingston 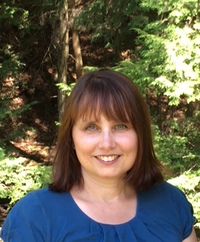 Award-winning author Tara Kingston writes historical romance laced with intrigue, danger, and adventures of the heart. A Southern-belle-out-of-water in a quaint northern town, she lives her own happily-ever-after with her real-life hero and a pair of deceptively innocent-looking cats. The mother of two sons, Tara’s a former librarian who first fell in love with the romance genre when she discovered her mother’s old-school romance paperbacks. When she’s not writing, reading, or burning dinner, Tara enjoys movie nights, traveling, cycling, hiking, DIY projects, and cheering on her favorite football team.
Connect: Site | Facebook | Twitter | Goodreads 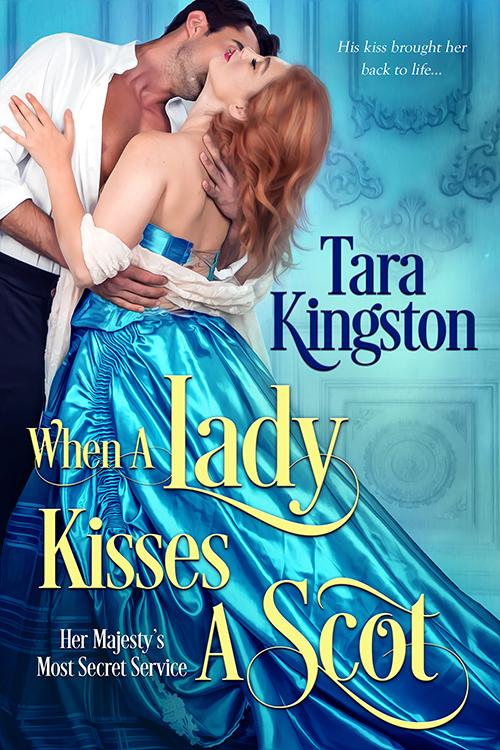 Rose Fleming has been presumed dead for the last decade. It required leaving everything—and everyone—she loved behind, including MacAllister Campbell. But faking her death allowed her to stay safe until the threat posed by a mysterious villain had passed. Believing it’s finally safe again, she returns...and runs smack into the only man she ever loved.
But Rose was wrong and the stalker she escaped years ago still has her in his sights.
Ten years ago, Mac mourned the death of the woman he loved. It’s taken years to heal his heart only to discover that not only is Rose still alive, but still in grave danger. Mac can forgive Rose’s deception, but he’d never be able to forgive himself if he didn’t protect her from the evil still stalking her.
The only thing worse than losing her once would be losing her again... and he won’t let that happen.

Excerpt
“Tell me who is chasing you.”
“Would you believe me if I told you I don’t know?”
“Last night, I observed criminals of the worst sort attempt to abduct you. You might not know the identity of the men who attacked you, but I’d wager you know who’s behind it. Who have you been hiding from all these years?”
“I cannot be sure.” Glancing down, she veiled her eyes with her lashes.
“Those blackguards dared to invade my home. I deserve to know the nature of the threat we are dealing with.”
“We are not dealing with a threat. This is my battle to fight. Soon I’ll be on my way, and you can resume your orderly life—exactly as it was.”
“You, of all people, should know that isn’t possible.”
“But there is no alternative. I have my path, and you have yours.”
“Balderdash.” Casting aside his restraint, he took her hands in his. He pulled her close. The subtle essence of rose water perfuming her creamy skin filled his senses. “Look at me, Rose. It is you, isn’t it? This isn’t some cruel hoax?”
“Would you believe me if I told you this was all a lie?”
“I might have…” He drank in every detail of her expression, losing himself in those beautiful eyes that betrayed emotions she tried to conceal. He framed her face in his hands. “Until you did this…”
Gently, he brushed his mouth over hers. She might’ve pulled away. She might’ve turned and stormed off, or called him a cad and delivered a sound slap.
But she did none of those things.
With a little sigh, she leaned in to him. Her body molded to his, and her arms curled around his back. Savoring the sensation of her touch, he stilled. How many nights had he dreamed of this, dreamed of her?
Her tempting little tongue darted out to caress his lips, to mingle with his own as he savored the taste of her sweetness. The tips of her fingers caressed his back, kindling an inner fire despite the layers of clothing separating his skin from hers. With another throaty sigh, she deepened the kiss.
His hands skimmed her middle, feeling the tiny shivers of her response. My touch still stirs her. An absurd pleasure filled him.
Forcing himself to gain control over his desire, he pressed a tender kiss to her lips. And then, he eased away.
Eyes wide, she gazed up at him. Her lips parted, as if to beckon him to kiss her once again. Had the magnetic pull between them stunned her as much as it had crashed over him? The hunger between them had never truly died. Years apart could not extinguish that bone-deep longing.
Her tongue darted out again, moistening her lips. MacAllister swallowed against a fresh surge of hunger. For her kiss. For her touch. She veiled her expressive gaze with her smoky lashes. Had she sensed the effect she had on him?
A teasing smile curved her mouth. She’d always known how to draw him in without saying a word. Time had not changed a bloody thing, had it?
He threaded his fingers through her hair. The long, wavy tresses were like strands of silk against his fingertips. The corners of her mouth tipped up, and she regarded him with thoughtful eyes that seemed to see to the depths of his soul.
“You can deny me the truth of why you’re running, the truth of whom you’re running from,” he whispered against her mouth. “But you cannot deny who you are.”