Promo: CATCH HIM IF YOU CAN by JENNIFER SHIRK

In Jennifer Shirk’s newest installment in her Accidentally Yours series, town widower Wade Roberts is being bombarded by Cape Harmony's matchmaking mamas. His only way to stop them: pretend to be in a relationship with his sister's best friend, Arden Pearson. But when what started as an act begins to shift into something more, it might take a village to convince Wade that Arden’s his perfect match.

We are excited to announce that CATCH HIM IF YOU CAN is currently on sale for only $0.99! Don’t miss out on this flirty, fun contemporary read and snag your copy today! Be sure to enter the giveaway to win a $10 Amazon or Barnes and Noble gift card (winner’s choice)!

Jennifer is offering one lucky winner a $10 Amazon or Barnes and Noble Gift Card (winner’s choice)! To enter for your chance to win, please fill out the Rafflecopter link below:


About Catch Him If You Can: 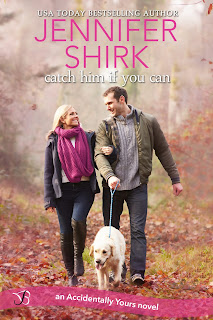 Veterinarian Wade Roberts is done with love. But try convincing the elderly folk of Cape Harmony who are determined to play matchmaker. Now the young single women in town are bombarding him with baked goods and love notes, and being “taken” is the only way to stop the meddling grannies—which is why he needs a fake fiancée. Fast.

Arden Pearson loves planning weddings. Other people's weddings, that is. After her own engagement ended in disaster, she prefers to live vicariously through her work. But when she needs to persuade a big client that she’s capable of planning the celebrity wedding of the year, she’s willing to go as far as pretending to be engaged herself to her best friend’s older brother.

Soon their ruse has everyone in town believing they make the perfect couple—including Arden. She’s always been nothing more than a kid sister to Wade, and it might take a village to convince him otherwise...

Excerpt:
Copyright© 2018 Catch Him If You Can
Jennifer Shirk

He threw Arden a tight smile, hoping she'd get the hint and play along. "Yes, because I'm dating Arden here. We've been waiting to finally make it official in town." He gave Arden's shoulder an extra squeeze when her mouth dropped open. "Didn't want to tell people too soon. You know, in case it didn't work out. But I think we can finally come clean, don't you agree, honey?"
Arden slowly blinked her ocean-blue eyes up at him as if coming out of a yearlong coma. "Uh, right…babycakes."
Babycakes? Seriously? That's the first nickname she could think of?
Wade's smile was frozen in place as he turned back to Judy. "See?"
Judy pushed her dark-framed glasses up her nose, then laid a hand on her heart. "Oh my. This is such wonderful news! Better than I'd hoped. I knew something was going on between you two."
"You did?" they both asked. He and Arden regarded each other. She seemed as confused as he felt.
Judy nodded. "Yep. I'm an expert on true love. Been married sixty years next month," she said proudly.
"That must be why you're so good at matchmaking," he lied. "Sorry to take your work out from under you like this."
She blushed and waved his comment away. "You're too sweet. But the girls and I just wanted to see you happy for a change now that Kinsley was settled."
Happy for a change? Was he really that miserable looking?
Arden cleared her throat, nudging him in the side with her knuckle. Ow. The woman had steel for bones.
"Babycakes," Arden said between her teeth, slyly poking him again, "I really need to buy my coffee and get going. I have an appointment this afternoon to prepare for."
"Oh right. I forgot. Well, you know your money's no good when you're with me, honey," he said, winking at Judy. "Order what you like. I've got it."
Arden smiled up at him sweetly before ordering. "Two regular macchiatos—no, make that grande macchiatos, a bag of regular ground coffee, and four gingerbread muffins. Oh, and you might as well throw in a couple of those ham paninis. It's almost lunch time after all."
Wade narrowed his eyes. "Two coffees, a bag of coffee, four muffins, and a couple of paninis, honey?"
"Yes, babycakes," she said with an innocent smile. "I've been so very hungry lately. Gee, I hope I'm not eating for two." When she gingerly pressed a hand on her belly, he choked.
"Uh, she's kidding," he told Judy, handing her the money. "That's what I love about her." He gave Arden a sidelong glare. "She's so much fun to be around."
Fun as a rabid rottweiler.
Judy winked as she gave him back his change. "Trying to one-up Kinsley with a baby, huh?"
He shook his head. "No. There's no baby."
"Yet," Arden chimed in.
Wade gritted his teeth. At that very moment he wasn't sure who he was more annoyed with: his nosy personal matchmaker or his sassy, fake, almost-pregnant girlfriend.
One of Judy's staff came over to the counter and handed Arden her bag of food and take-out tray of coffees. "Thanks so much," Arden said. She gave Wade a wide grin. "And thank you, baby lips."
It's babycakes. Couldn't she even keep the nickname straight? She was a terrible fake girlfriend.
Judy chuckled. "You two are so cute together."
Wade harrumphed as he watched Arden sashay to a side table for napkins. "See you later, Judy." He pointed a finger at her before turning away. "Remember, no more matchmaking. Arden is very jealous."
"Oh, of course." The older woman folded her hands and seemed insulted. "I wouldn't think of it now."
Halleluiah. He was almost sure he heard angels singing, and hoped what Judy said was true. No more matchmaking. No more women. No more gifts. And if it were true, he needed to ensure pronto that his newfound-fake girlfriend didn't blow his cover. He glanced around, and when he saw Arden had left, rushed out the door to catch up with her.


Other Books in the Accidentally Yours series:

Bargaining with the Boss (Accidentally Yours #1) 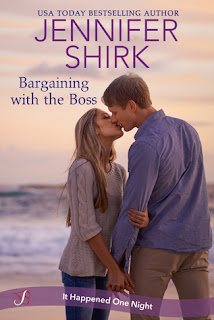 Kinsley just wanted to have some fun for a change. Then she wakes up in a stranger’s bed, with her bridesmaid dress on backward and a hazy memory of what happened at her friend’s wedding. With a quick escape, she can get back to her predictable life. But then she meets her new boss—the same guy she’d woken up next to—and seeing him with a clear head doesn’t make him any less attractive.

Mixing business with pleasure has never been Damon’s style, and easily avoided, but the hotel he just bought comes with an unexpected perk—its manager. “Sensible” Kinsley today is as alluring as “impulsive” Kinsley was the night before, and she talks him into a deal. If she can turn around the hotel by the end of summer, he won’t tear it down to put up a more profitable condominiums.

Their plan is simple…until falling for each other becomes more than they bargained for. 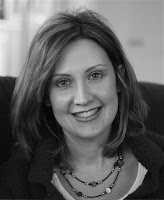 Jennifer Shirk is a USA Today bestselling and award-winning author of sweet (and sometimes even funny) romances for Montlake Romance and Entangled Publishing. Her novel, FIANCE BY FATE—a 2015 Readers' Crown Finalist—became an Amazon #1 best seller for Series Romance. And recently, Wrong Brother, Right Match, WON the Sweet Traditional category of the 2017 Golden Quill Contest and became a #1 Amazon bestseller for Holiday Romance.

She resides in a beach resort in NJ, so when she's not writing or working on her tan, she's taking care of her most treasured possessions: her husband, daughter and puppy (Sox).

Check out her website for News and Links: www.jennifershirk.com

And don't forget to join her mailing list for a chance to win monthly giveaways and free ARCs: eepurl.com/Q6TH1