Promo: SPEAK OF THE DEVIL by BRITNEY KING 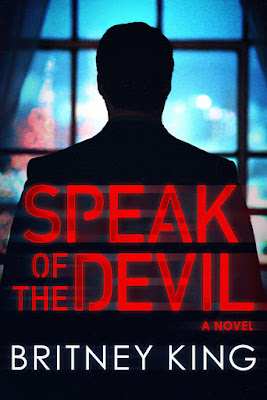 Speak of the Devil is a captivating, darkly satiric psychological thriller which offers readers another savage look into a utopian cultish society where beauty and perfection are valued at all costs and it’s best to keep your friends close and your enemies closer.
In the upscale suburb where Vanessa Bolton lives, she’s your average suburban housewife.
She does her grocery shopping on Tuesday, Thursday mornings are reserved for Pilates, Sundays for church. At home, she’s an impeccable housekeeper and a mother with a mediocre track record.
But in discreet hotel rooms throughout the city, she can be whatever you want her to be—provided you can afford the hourly fee.
In the rapidly expanding cult to which she belongs, Vanessa has been assigned the role of a “Siren”—a recruiter trained to use seduction to elicit compliance from her marks.
Vanessa’s latest assignment—an unsuspecting chemist merely looking for something without strings—proves to be her toughest yet. Unwilling to neatly slide into the roles society has prescribed for them, the two collide in a sensual and savage affair that threatens not only their own lives but also those they seek to protect most.
Featuring “tantalizing suspense, pulse-pounding danger, sex, and double-dealing,” Speak of the Devil is a timely and riveting psychological thriller that is impossible to put down. 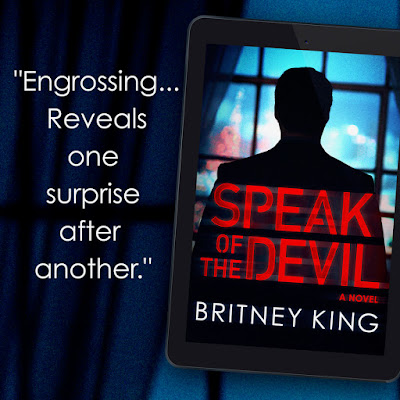 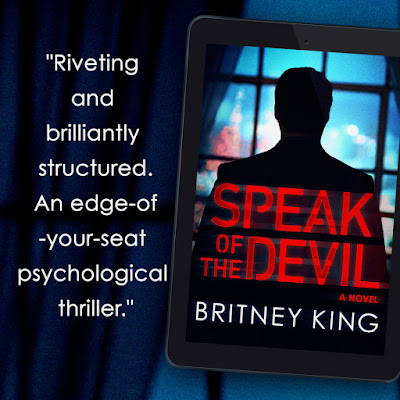 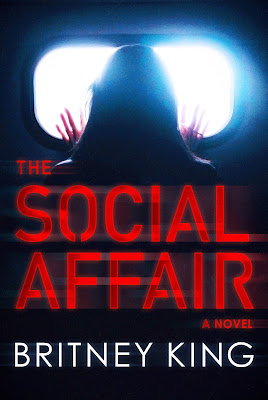 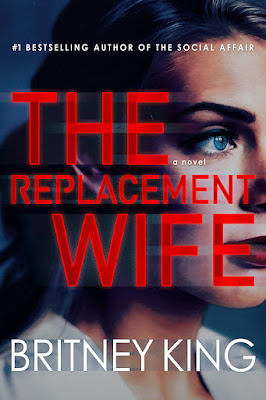 Britney King lives in Austin, Texas with her husband, children, two dogs, one ridiculous cat, and a partridge in a pear tree.
When she's not wrangling the things mentioned above, she writes psychological, domestic and romantic thrillers set in suburbia.
Currently, she's writing three series and several standalone novels.
The Bedrock Series features an unlikely heroine who should have known better. Turns out, she didn’t. Thus she finds herself tangled in a messy, dangerous, forbidden love story and face-to-face with a madman hell-bent on revenge. The series has been compared to Fatal Attraction, Single White Female, and Basic Instinct.
The Water Series follows the shady love story of an unconventional married couple—he’s an assassin—she kills for fun. It has been compared to a crazier book version of Mr. and Mrs. Smith. Also, Dexter.
Around The Bend is a heart-pounding standalone, which traces the journey of a well-to-do suburban housewife, and her life as it unravels, thanks to the secrets she keeps. If she were the only one with things she wanted to keep hidden, then maybe it wouldn’t have turned out so bad. But she wasn’t.
The With You Series at its core is a deep love story about unlikely friends who travel the world; trying to find themselves, together and apart. Packed with drama and adventure along with a heavy dose of suspense, it has been compared to The Secret Life of Walter Mitty and Love, Rosie.


The Social Affair is an intense standalone about a timeless couple who find themselves with a secret admirer they hadn’t bargained for. For fans of the anti-heroine and stories told in unorthodox ways, the novel explores what can happen when privacy is traded for convenience. It is reminiscent of films such as One Hour Photo and Play Misty For Me.
Without a doubt, connecting with readers is the best part of this gig. You can find Britney online here:
Web• http://BritneyKing.com
Instagram • https://instagram.com/britneyking_
Facebook • https://www.facebook.com/BritneyKingAuthor
Twitter• http://twitter.com/BritneyKing_
Goodreads • http://bit.ly/BritneyKingGoodreads
To get more-- grab two books for free, by subscribing to her mailing list at britneyking.com or just copy and paste bit.ly/britneykingweb into your browser.
Happy reading. 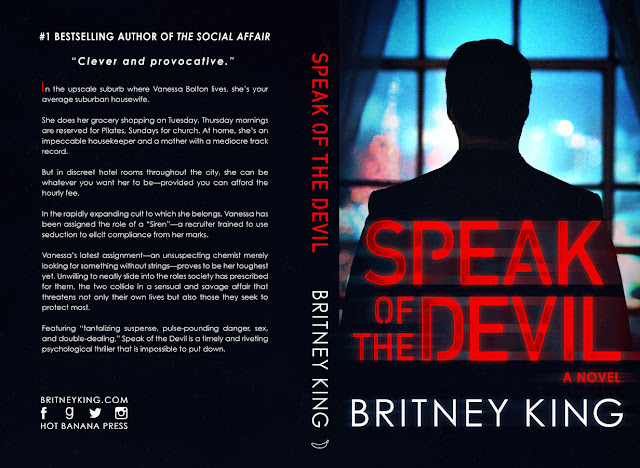