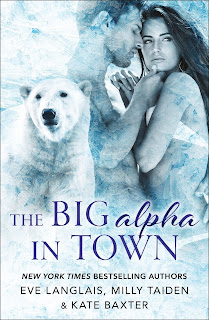 Three hot stories about three sexy shifters from a trio of today's hottest paranormal romance authors, headlined by bestselling authors Eve Langlais and Milly Taiden!
Bearing His Name
Meeting his mate should have been cause for celebration. There’s just one teeny tiny problem. Jade thinks Ark might have impregnated her sister. He didn’t, but convincing Jade is going to take a bit of honey.
Owned by the Lion
Keir’s been told to stop playing the field and settle down—difficult advice for a hard and hot man with a lion’s heart to follow. But his sights have always been set on Ally. She’s his mate, plain and simple. With her sweet and delicious curves, she’s nothing but sugar and trouble all rolled into one. But he’s known her and sparred with her for years. She’s his best friend’s little sister, and it’s going to take a whole new level of convincing that he’s the mate for her.
No Need Fur Love
Moving with his pack to the tiny town of Stanley, Idaho has Owen Courtney a little on edge. With literally no women in sight, Owen will be lucky to find a date, let alone his true mate. But you know the saying about a werewolf walking into a bar…
Gorgeous wood nymph Mia Oliver is on a mission: Find a suitable male to get her good ‘n pregnant and provide her with an heir. But when Mia decides to pick up a gorgeous and oh-so willing werewolf at the bar, she realizes she might be in over her head. … 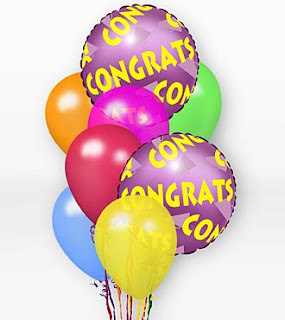 The winner of BREATHLESS is... Martha Lawson!
Please send me your mailing info and I'll send it to you.
>>> pattifischer@yahoo.com
at June 30, 2018 No comments:

A Perfect 10: MY DEAR HAMILTON by STEPHANIE DRAY & LAURA KAMOLE

Elizabeth Schuyler was born and raised along the frontier of New York where she was familiar with the warlike Mohawk and the American-friendly Oneida Indians. The Hudson Valley was home to immigrants from the Netherlands as well as from England, and the Schuylers were highly regarded. Elizabeth's father, a general in Washington's Army, was prominent in the community, and the family estate was a magnet for other new leaders in the infancy of the United States. It's just after the Battle of Saratoga, one that the Americans won, and Eliza's father is tasked with housing the captive British officers, along with fellow soldiers such as Benedict Arnold, James Monroe, and the young French general, Lafayette. But it isn't until the winter of 1780 in Morristown, New Jersey that Eliza will meet her future husband, the enigmatic Alexander Hamilton.

Hamilton is a trusted aide to General Washington, an up and coming young officer who comes from a mysterious background. Born in Nevis, a Caribbean island, to a woman who was most likely a prostitute and a Scottish land owner, he was sent to New York for his education by a local merchant who saw potential in the young boy. When he met Eliza Schuyler, he was fighting his way up the ranks in Washington's fledgling army, and didn't feel worthy of the daughter of a general. But both knew it was fate that brought them together, and they married at her father's estate, The Pastures, in upstate New York.

When the British finally surrender at Yorktown, it was time to organize the new country. With Washington as president, Hamilton was made the Secretary of the Treasury, a position he held until his resignation and return home to practice law. All of this time, Eliza patiently held down the home front, which was usually a rented house wherever Alexander could find work. Supporting her husband's need to succeed in whatever his endeavors, Eliza struggled to keep her growing family together, and give moral support to Hamilton. Life wasn't easy, but Eliza could sense how important Hamilton's brilliance was to the new country. She was always available to help her husband with his paperwork, transcribing for him, and keeping track of his work. Despite Eliza's love for Hamilton, he was not the perfect man. He knew he wasn't, and so did Eliza, but she also knew that the young country needed him to succeed. The Schuyler family motto was  Semper Fidelis,  always faithful, and Eliza never wavered.

MY DEAR HAMILTON is told in Eliza's words. While little is known of her, what is known is how devoted she was to her husband, and that her handwriting appears in much of his paperwork. She bore him eight children, followed him from one rented home to another, and shared both the happy family times, and the grief. Eliza was hostess to most of the Founding Fathers, from James Madison, and James Monroe, to Thomas Jefferson. She was stunned when her father's friend, General Arnold, became a traitor, and was present when the first President of the United States was inaugurated. One of her closest friends early on was the wise Martha Washington.

Beautifully written and impeccably researched, MY DEAR HAMILTON is a glowing tribute to someone who was as much a part of the founding of our country as any of the men were. It is interesting to read the similarities of the political system of the Washington era to today. This may be a fictional story of Eliza Hamilton, but the history surrounding her life was very much real. A Perfect 10 novel in every way, I very highly recommend MY DEAR HAMILTON.

Check out the latest reviews from Romance Reviews Today!
http://romrevtoday.com/Monthly%20Updates/New%20Reviews.htm
at June 29, 2018 No comments:

Email ThisBlogThis!Share to TwitterShare to FacebookShare to Pinterest
Labels: A Perfect 10, reviews

Promo: THE GAMBLER WAGES HER BARON by CHRISTINA MCKNIGHT

When happily ever after is the name of the game, gamblers must risk it all in this emotional conclusion to Christina McKnight’s bestselling Craven House series.
Out June 26th – Regency Romance, The Gambler Wages Her Baron by Christina McKnight. 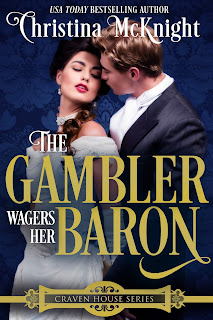 Payton Samuels has always known she wants more out of life than being the youngest daughter of the ton’s most disreputable family. While her siblings are content to bet their future happiness on marriage, Payton learned early on from her mother that love is fleeting and leads only to disappointment. She’s got a different plan: she’ll work as a governess for Baron Ashford’s children, but only long enough to win her fortune at one of his infamous masked gaming parties. When she loses big, Payton sees her chance at an independent life go up in flames—until Lord Ashford surprises her by paying her debts.

WHEN LOVE IS IN THE CARDS.

Since the tragic death of his wife, Damon Kinder, Lord Ashford, has been a man made of ice. His determination to never be hurt by love again runs so deep that he can’t even connect with his children. When they quickly take to Payton, he thinks he’s found a solution: she’ll give them the affection and support he can’t. As he spends more time around Payton, his heart begins to defrost, and he can’t stop thinking about the captivating governess.

But every seasoned gambler knows that eventually, luck runs out. Can two souls so burned by past loves forge a new future together?

More from the Craven House series: 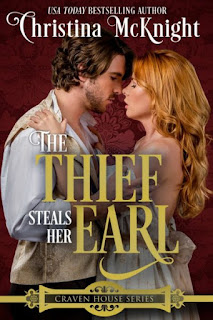 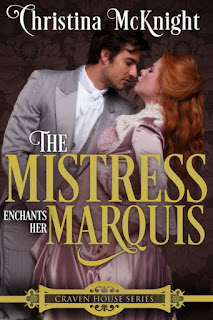 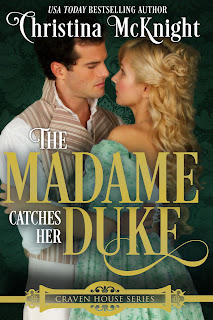 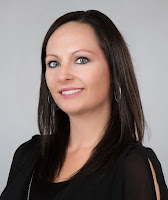 Have you Pre-ordered MAKE ME CRAVE Yet?

Pre-order MAKE ME CRAVE and add it to your TBR pile on Goodreads! Then keep reading to get a sneak peek excerpt and enter the giveaway for a $25 Amazon gift card or one of three (3) ebooks from Katee Robert’s backlist! 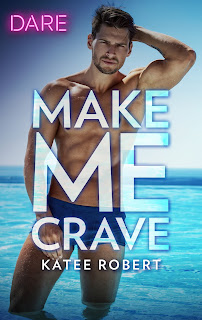 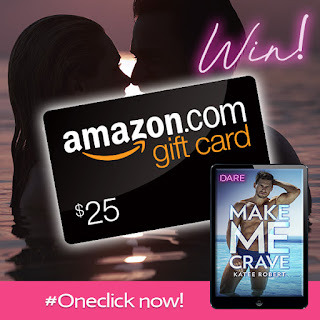 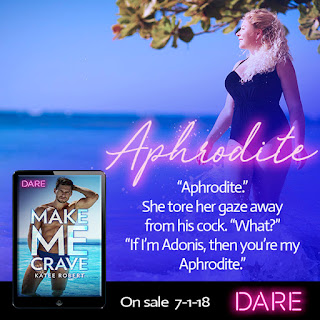 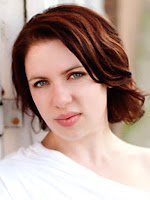