Promo: ALL'S FAIR IN LOVE AND WOLF by TERRY SPEAR 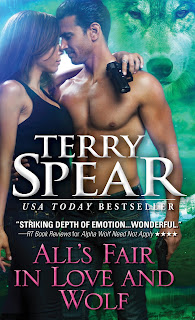 The Silver Town wolf pack has your back

Wolf shifter Sarandon Silver's in trouble with the law, and bounty hunter she-wolf Jenna St. James is determined to bring him in for trial.

Lucky for Sarandon, the entire Silver Town pack is ready to fight for his innocence. But until the case is solved, Jenna's sticking to Sarandon like glue...

USA Today bestselling author Terry Spear has written over sixty paranormal romances. In 2008, Heart of the Wolf was named a Publishers Weekly Best Book of the Year. A retired officer of the U.S. Army Reserves, Terry also creates award-winning teddy bears that have found homes all over the world. She lives in Spring, Texas where she raises two Havanese puppies. 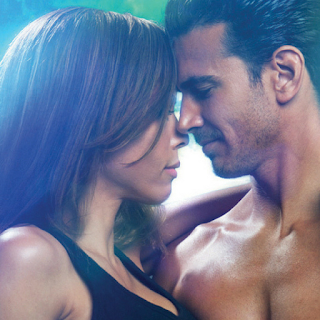 Looking forward to seeing Jake there, Sarandon climbed into the Suburban and took off. This might be even
more fun than he had planned.