In conjunction with Book Trib promotions, we are giving away three books.

See the following information on the author and their books....comment and be entered to win.... 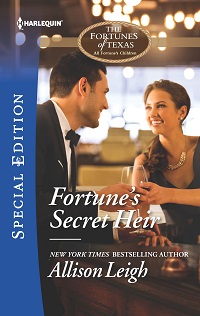 2) Is anything in Fortune's Secret Heir based on real life experiences or purely all imagination?

Purely imagination.  Well, no.  Actually, there is a scene where my heroine takes a city bus; I've done that.  Ha!

3) What are some of your favorite words and why?

4) You get a brilliant phrase/idea/thought at an inappropriate time (while driving, drifting off to sleep/in the shower). What do you do?

My brilliant mind (ha) tells me that I'll remember that brilliant notion.  Of course, I promptly forget the details.  If I'm really feeling ambitious, I'll stop what I'm doing and write it down, or (hard to believe I'll admit this) I will phone myself and leave a voice mail message.

5) What do you do when you are not writing?

Think about writing.  I also have a full-time job outside of writing at a local non-profit working in the Finance department.  Very non-creative.  That ought to mean my mind is balanced between writing and that, shouldn't it?  Hmmm….

6) Where is one place you want to visit that you haven't been before?

7) Is there a certain type of scene that's harder for you to write than others? Love? Action? Racy?

Love scenes can be a challenge, but not always.  Emotionally wrenching scenes can be exhausting, but not always.  The scenes that are the hardest to write are those where nothing important is going on.  Thus, the difficulty, and in all likelihood it means I need to go back and rework something so something important is happening.  When I'm at a dead end for some reason, it always means I've gone off course when I shouldn't have.

8) How important are names to you in your books? Do you choose the names based on liking the way it sounds or the meaning?

Names are important to me, and sometimes you end up with a character's name you never intended.  A secondary character, for instance, who later unexpectedly becomes a hero or heroine.  Names help me form that vision in my head of my character.  Sometimes I go hunting for that 'perfect' name, flipping through my various name resources.  Sometimes it just hits me.  I wake up one morning, and think, "Aha!  Well, of course, that's the name."

9) What question do you wish that someone would ask about your book, but nobody has? Write it out here, then answer it.

Frankly, I'm always surprised when someone has a question about one of my books.  My mind is a blank on this one!

10) What are you working on now? What is your next project?

Presently, I'm working on a synopsis for my next Men of the Double-C Ranch-related stories. That, and trying to get my Christmas gifts wrapped on time… 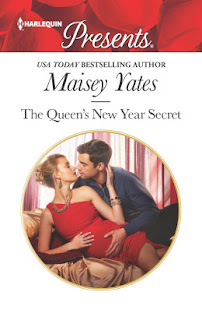 There are a few themes running through The Queen’s New Year Secret, and the Princes of Petra series in general. There’s romantic love, and there’s love for your family. In Kairos and Tabitha’s story forgiveness is at the heart of it all, both for your family, and for the one you love.

Their marriage was founded on convenience, which both of them know going in, but there are a lot of feelings beneath the surface that neither of them want to talk about, which leads to five years of miscommunication and hurt feelings. When the book opens, Tabitha is ready to give up on the marriage altogether. Kairos isn’t.

When he whisks her off to a private island (that would be nice!) they have nothing to do but deal with each other, and finally talk after years of silence.

They both learn two things: that if you want to love someone, really love them, you have to let down your guard. For both Kairos and Tabitha this means talking and sharing things they’ve never shared with anyone else.

The other thing they learn is that moving forward requires forgiveness. This is something Kairos has to practice later with family that have hurt him. He has to choose forgiveness, even when it isn’t deserved or ask for. To choose consciously to let go of anger, because that kind of bitterness does its best to choke love out, and in order to really move forward, sometimes letting go of your burdens is the only thing you can do. 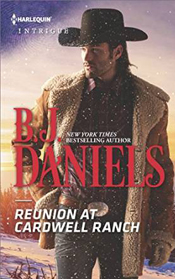 
Bon Appetit and a Book:

One of my favorite recipe is some warm comfort food this time of year. This enchilada casserole does the trick alongside a book like REUNIOIN AT CARDWELL RANCH that hopefully keeps you turning the pages so fast, you won’t eat too much.

Country classics. I grew up on country music that tells stories like the song HE STOPPED LOVING HER TODAY and I FALL TO PIECES. I used to know all the words to EL PASO. Songs like YOUR CHEATING HEART and HE’LL HAVE TO GO make me think of characters for books and stories to go with them.

I’ve been asked for advice so often by aspiring writers that I finally wrote a book called WRITE YOUR damn BOOK.

I write in the most wonderful 100-year-old building. It used to be the original telephone company. Since it was built, huge glass-block windows have been added to give me lots of light. I love working here.

In REUNION AT CARDWELL RANCH, Obsidian “Sid” Forester is on a mission and determined not to let anyone stop her – especially a man. She hasn’t even thought about love. Then along comes Laramie Cardwell. I’ve been there. You’re not even looking and a man comes into your life that you realizes you don’t want to live without. My husband Parker and I have been together 24 years. Every day is an adventure!

Movie Star Cast:
I like Rachel Adams for the role and someone strong like Johnny Depp and a little quirky. What do you think?

Sid is going to paint more, definitely. And, of course, planning her wedding. Laramie will be busy moving the operation of Texas Boys Barbecue to Montana and making his future bride happy.
at January 08, 2016

Have read other Fortune books and other Cardwell books, so am very much looking forward to reading Allison Leigh's and BJ Daniels' latest books in those series. Always enjoy Maisey Yates stories too. Great selection of Harlequins (and thanks for the chance to win them)!!!

These all sound good thanks for the review.
Penney

I've been a follower of the Fortunes of Texas, Fortune's Children and the Dakota Fortunes.

Maisey Yates is a new author for me.