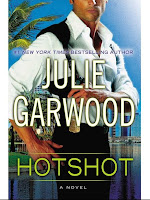 When he was fourteen, Finn MacBain and his two younger brothers were full of mischief and had more energy than their parents could control.  When an Olympic size swimming pool opened in town, his father Devin thought that would be a great activity for the boys, especially Finn.  Perhaps if he made the swim team it would use up some of his energy.  When the family went to the store and left Finn home because he was grounded, Finn went to this third floor bedroom and looked longingly at the pool next door and the new neighbors having a pool party.  Just as he turned to leave he saw a five or six-year-old girl walk out by herself to the pool and sit down.  Finn had a bad feeling about that, and sure enough the girl fell in the pool.  He knew he had just about 30 seconds before she drowned, and rushed through the house, pushed her father out of his front door and exploded into the pool.  After saving Peyton Lockhart that day, Finn has always been her hero.  It's been many years since Peyton has seen Finn, but every year on January fourth, the anniversary of the almost drowning, she either mails or emails him a “thank you”, and after he won many medals swimming in the Olympics, became a lawyer and now an FBI agent, she calls him Hotshot, for all the successes he's had in life.

Peyton went to college and gradually turned to cooking, and after attending cooking school in France she is back in Texas looking for a job.  When she is hired to be a food critic for a well-respected cooking magazine out of Dalton, Minnesota, she is very excited.  After arriving during a blizzard, her first month convinces her that this is NOT the place for her.  Her boss, Drew Albertson, is the son-in-law of the founder of the company, and after the first day she knows he is a letch.  After several days he lets her know they will soon go on a trip together and there will be plenty of “alone” time.  When she tries to file a complaint with the human relations department, she is turned away, and her new friend Mimi sets her straight on the history of Drew's assistants .  Recording him with her cell phone as he says exactly what he expects of her, she leaves and drives away in the middle of another blizzard, only this time a large SUV is following her and trying to push her off the road until her car spins around and the SUV ends up in a ditch.  When she arrives back in Texas, she notices the bullet holes in the back of her car.  That is the first thing Finn sees as he meets her again at his brother's wedding and gets the whole story from her.  He recommends a lawyer to her and is astounded that the little girl next door has become such a beautiful woman.

When Peyton returns home, her Uncle Len has a proposition for her and her sisters.  He will give them one of his resorts, Bishop's Cove in Florida, to remodel and run for one year, and if they earn more than a twenty percent profit for the year, he will permanently give them the resort.  Or….he will give them each five hundred thousand dollars and sell the resort to someone else.  Peyton had worked in Uncle Len's resorts as a teenager, and she and her sisters, Lucy and Ivy, think they are up for the challenge.  But accidents keep following her.  Finn arranges protection, but she really needs it to protect herself from cousin Debi, who was offered another resort and took the money, and now wants in on theirs.  Peyton is still determined to prosecute Drew Albertson and prevent him from doing the same thing to anyone else, but it seems to be causing her trouble.

Julie Garwood has certainly hit a home run with HOTSHOT.  Her story line is something I haven't read about before, and the characters all have personalities that draw you into their stories.  Told from Peyton's and Finn's point of view, Peyton readily acknowledges to herself that she is completely drawn to the handsome Finn despite her bad history with men, but quickly realizes he does not want a permanent arrangement.  She is constantly trying to talk herself into accepting that they have no future together and getting on with her life.  Finn had a bad relationship with a woman several years ago, and reminds himself to not encourage Peyton into thinking they have any hope of being together.

Secondary characters are plentiful and fascinating to learn about.  Drew Albertson is the sexual predator who could be behind the accidents that happen to Peyton.  There are her Uncle Len who owns Bishop's Cove, and her sister Lucy who is helping her remodel and ultimately run the resort.  Christopher is the manager of the resort whom Uncle Len kept on and seems to always rub Lucy the wrong way, albeit with a twinkle in his eye.  And who would ignore Cousin Debi, who took Uncle Len's money instead of his other resort, and now wants in on Bishop's Cove with Peyton and her sisters.

HOTSHOT is the perfect mixture of comedy and drama with a great cast of enthralling characters.  I stayed up way too late one night reading and finished it the next day, a sure sign that this is a great story.  Snap up HOTSHOT this month before it's gone from the shelves.