Showing posts from June, 2013
Show all

Here are the winners! Laurie G wins the copy of MEANT TO BE by Terri Osburn. Paula P wins the Lisa Renee Jones books. Congrats ladies and email me at pattifischer@yahoo.com with your mailing info.
1 comment
Read more 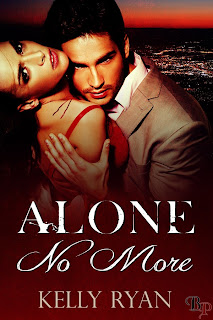 1. Tell us about your latest release. "Alone No More" is a story about two lonely soles finding each other under extreme conditions. Mel is dashing and French, every woman's dream, but he feels he needs to make amends for his very existence. Ella is tough and use to having to fend for herself, as she is the only one she can rely on. When Mel saves Ella from something she never knew existed, a whole new world opens up for both of them, the only problem is that someone is still trying to kill Ella. 2. What inspired you to start writing as a career? I have always loved to read since I was a kid. I started writing as a preteen and have written ever since. I guess I just like the old adage that if you can make a living doing something that you love, then you never have to work a day in your life. I am not quite to the point that I can quit my part-time day job, but I am a step closer every day. 3. When you ’ re not writing, what do you do for fun and relax
Post a Comment
Read more 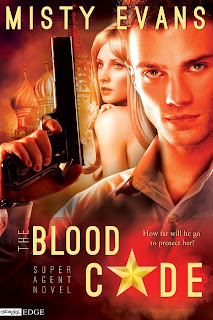 When I started writing my new sexy spy thriller, THE BLOOD CODE, I had a princess, a spy, and a nuclear missile launch key. I wasn’t sure about the princess angle, since in this day and age, we don’t hear a lot about royalty outside of Britain, but as I delved into history and real-life stories about royal families, Anya and her imperial Russian bloodline seemed the perfect fit for my novel. But how does a CIA operative cozy up to a princess? Especially one who’s lived in hiding for fifteen years and believes her blood is curse, rather than something special? First, he has to make her acquaintance, and in THE BLOOD CODE, Anya’s arrival at a secret CIA outpost puts Ryan to the test… Ryan shut the door and released the woman's hand, telling himself his reluctance to do so was only because he was afraid she’d fall. “Do you speak English?” She nodded, but the action made her sway. Was she drunk? High? He grabbed her forearm, and she locked her knees and gave
3 comments
Read more

SWEET REVENGE – Zoë Archer A Nemesis Unlimited Novel , Book 1 St. Martin's Paperbacks ISBN: 978-1-250-01559-4 June 2013 Historical Romance London 1886 Jack Dalton's escape from Dunmoor Prison in Yorkshire is a dangerous feat. He makes the effort because he has learned that the man who killed his sister, the reason Jack is in prison, is staying at a local inn. After five years in prison, he doesn't care if he dies if he can kill Lord Rockley first. Inside the room where Jack expects to find Rockley stands a beautiful woman with a revolver pointed at him. Rockley isn't in Yorkshire. It's been a ruse to make him attempt the escape. The woman and her fellow Nemesis agents convince him to go with them to London and help make Rockley pay for ruining another woman, their client Miss Jones. Reluctantly Jack agrees. He will get his vengeance no matter what these Nemesis people think or want. To say Jack is a gritty hero is an understatement. His mother was a whore; he does
1 comment
Read more

- June 26, 2013
I have two great contests going on.... check them out below. I will be announcing the winners on Sunday.
Post a Comment
Read more 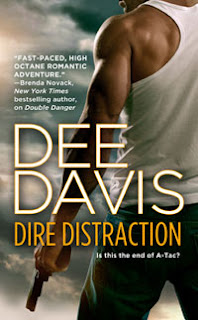 Mega talented Romantic Suspense author Dee Davis joins us to discuss her book, DIRE DISTRACTION.    Door prize: One lucky winner will receive a signed copy of DARK DECEPTIONS - Book 1 in the A-Tac series!    Moderated by sandi.   When? Tonight (Wed) night at 9:00PM Eastern time   Where? http://client0.addonchat.com/sc.php?id=102122 or go to www.romrevtoday.com and click on RRT CHAT. Once the login screen loads, just type your name and choose Mo's room from the chat room menu. Note: You may get a window opening asking you to let a program run.  That is the addonchat program. Just accept it and then you can enter the chat room ;)     Hope to see you there! Mo   Author web site: http://deedavis.com/
Post a Comment
Read more

Spolight Review and Giveaway of BEING ME by Lisa Renee Jones! 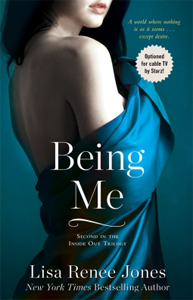 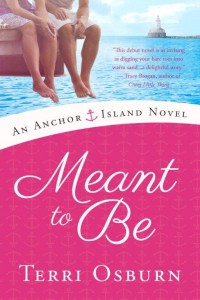 Meant to Be by Terri Osburn Lifelong people-pleaser Beth Chandler will do anything to make a good impression on her future in-laws, including defy her fear of boats to make the ferry crossing required to meet them. Lucky for her, a lovable mutt and his tall, sexy, blue-eyed owner provide enough distraction to subdue her paralyzing panic attack. But Beth’s human tranquilizer turns out to be her future brother-in-law, Joe Dempsey, and their instant attraction is both unwelcome and undeniable. Joe expects his brother’s fiancé to follow the materialistic, blonde-bimbo stereotype that is Lucas’ usual fare. Wild-haired, sweet-natured Beth doesn’t fit the part, but she does fit Joe and his island better than any woman he’s ever met. Though the men haven’t been close for years, Joe would never put the moves on his brother’s fiancé. That means Beth is off limits, no matter how much he wants her. When a demanding case pulls Lucas back to the city, Beth realizes her fiancé
7 comments
Read more 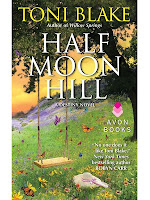 HALF MOON HILL – Toni Blake A Destiny Novel Avon ISBN: 978-0-06-202462-6 May 2013 Contemporary Romance Destiny, Ohio – Present Day Several months ago, Anna Romo discovered she'd been kidnapped as a child by a woman now deceased. Anna found her real family and was immediately enveloped into a loving family, even though she barely remembers them. While she remains in her family's hometown of Destiny, she has kept herself aloof and shut off, buying a house far from town, intending to remodel it into a bed and breakfast. One day, she is out walking near her home when she stumbles across a bearded, disheveled man. To her surprise, not only is he her brother Lucky's best friend, Duke Dawson, but he's living in a rundown shack on her property. She could ask him to get off her land, but instead, she lets him stay. In exchange, he helps her with the repairs to her house so that she can get it ready to open for business. Having Duke around brings them closer as the days pass, a
1 comment
Read more
More posts