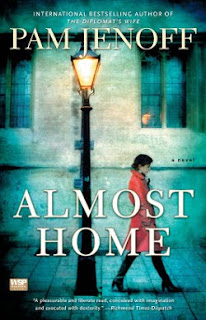 Almost Home is the story of Jordan, an intelligence officer with the U.S. government. For the past decade, she’s traveled the world on dangerous assignments, but has always managed to avoid England due to the painful memories of her boyfriend Jared who died tragically when they were students. Now, she finds herself compelled to take an assignment in London to be near a terminally ill friend. Once there, she is contacted by a classmate who tells her that he doesn’t believe Jared’s death was an accident and asks her to help find out what really happened. So she finds herself drawn into that mystery as well as an important government mission.

I always wanted to be a writer; I was one of those kids who was forever scribbling down stories and showing them to anyone I could. But my real impetus to get serious came about eight years ago. I became an attorney one week before 9/11 happened and after that tragic event, I had a life epiphany that if I wanted to realize my dream of becoming a novelist I had to get started right away. So I took an evening course at a local college called “Write Your Novel This Year” and started to write.

My books are richly influenced by the places I’ve lived and things I’ve experienced. For Almost Home, I was traveling through Spain with two friends while living in Europe and one night as we lay awake in our pension I began brainstorming the idea of this young American woman who had gone to Cambridge (as I had) and now worked for the government internationally (as I did at the time) but avoided England because her boyfriend died there (mine did not.) The story just kind of took off from there.

Mornings. I can only write in the mornings, between five and eleven. So I go to bed very early.

That the characters speak to me. For example, I never knew that there would be a sequel to The Kommandant’s Girl until one of the characters stood up and demanded her story be told, which became The Diplomat’s Wife. Similarly, I didn’t know that there would be a sequel to Almost Home until Jordan told me so and that book, Hidden Things, will be out in July.

I’ve been blessed by some wonderful writer-mentors, too many to name, as well as the support and encouragement of family and friends. I read a lot of historical fiction growing up: John Jakes, Herman Wouk, Leon Uris to name a few. There are also some books on writing I really like, such as Natalie Goldberg’s Writing Down the Bones.

They are so supportive and happy for me and tell everyone about my books. Though sometimes they get mad when I won’t tell them what happens in the next book.

The sequel to Almost Home is called Hidden Things and it will be out this July. And I’m working on something next about which I am super-excited. It brings together elements of all of my other books. It’s tentatively called The Anniversary Clock, but it’s really too early to say more beyond that. 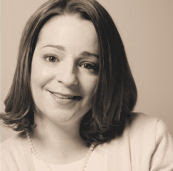 Pam Jenoff born was in Maryland and raised outside Philadelphia. She attended George Washington University in Washington, D.C., and Cambridge University in England. Upon receiving her master’s in history from Cambridge, she accepted an appointment as Special Assistant to the Secretary of the Army. The position provided a unique opportunity to witness and participate in operations at the most senior levels of government, including helping the families of the Pan Am Flight 103 victims secure their memorial at Arlington National Cemetery, observing recovery efforts at the site of the Oklahoma City bombing and attending ceremonies to commemorate the fiftieth anniversary of World War II at sites such as Bastogne and Corregidor.


Following her work at the Pentagon, Jenoff moved to the State Department. In 1996 she was assigned to the U.S. Consulate in Krakow, Poland. It was during this period that Pam developed her expertise in Polish-Jewish relations and the Holocaust. Working on matters such as preservation of Auschwitz and the restitution of Jewish property in Poland, Jenoff developed close relations with the surviving Jewish community.


Having left the Foreign Service in 1998 to attend law school at the University of Pennsylvania, Jenoff is now employed as an attorney in Philadelphia.


Pam is the author of The Kommandant's Girl, which was an international bestseller and nominated for a Quill award, as well as The Diplomat's Wife and Almost Home.

Learn more about Pam by visiting her website at http://www.panjenoff.com/
Her books are available wherever books are sold.
at February 24, 2010