Showing posts from October, 2006
Show all

HAPPY HALLOWEEN ... and a Book Giveaway!

The staff of Romance Reviews Today and RRT Erotic wishes everyone a safe and happy Halloween. How do you plan on spending Halloween? Trick or Treating? Parties? Or curled up with a good book? Here is a little history on the tradition in America: As European immigrants came to America, they brought with them their varied Halloween customs with them. Because of their religious beliefs, Halloween in colonial times was extremely limited. It was much more common in Maryland and the southern colonies. As the beliefs and customs of different European ethnic groups, as well as the American Indians, meshed, a distinctly American version of Halloween began to emerge. The first celebrations included "play parties," public events held to celebrate the harvest, where neighbors would share stories of the dead, tell each other's fortunes, dance, and sing. Colonial Halloween festivities also featured the telling of ghost stories and mischief-making of all kinds. By the middle of t
14 comments
Read more

Kathleen Dante is a new author on the publishing scene with two books out in September. She writes hot romance for both Kensington Aphrodisia and Berkley Heat. You’ll be hearing more from Kathleen in the future with her books, so sit back and get to know her. 1. Tell us about yourself. I’m a former trade magazine editor and gave up that job to pursue romance writing. Although I’m not an avid hiker, I enjoy nature and travel, which has taken me to the Grand Canyon, Yellowstone and other national parks both in the United States and Canada. I hope to visit the Great Barrier Reef in Australia someday. 2. What is the title of your latest release and what’s it about? My latest releases are ENTANGLED, which is actually my first novel, and a novella in WILD NIGHTS; both of which came out last September. ENTANGLED is an erotic romance set in an alternate Earth where magic exists. The heroine, Kiera, is the president of a toy company faced with industrial espionage and she turns to L
3 comments
Read more

Get ready for Halloween at RRT 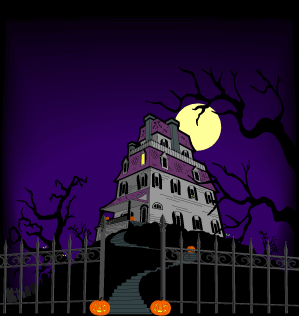 Since she exploded on the romance publishing scene in 1999, Leslie Kelly has garnered many awards, including two RITA nominations, the highest award from the Romance Writers of America. She is a continual fan favorite among readers and Romance Reviews Today is thrilled she agreed to be our debut author for “Ask Five.” 1. Tell us about yourself. I'm a stay-at-home mom, with 3 daughters, currently living in Maryland...though my house and most of my belongings are in Florida. Long story short--the housing market there has just crumbled, and we moved up here for my hubby's job. Here's hoping things turn around soon! My first book was released in 1999, NIGHT WHISPERS, a Harlequin Temptation. (Actually, that book is being reprinted in February 2007...my first reprint! Yay!) I wrote a total of ten Temptations, including the last one ever published, then switched my focus to Blazes and single title contemporary romances for HQN. 2. What is the title of your latest rel
2 comments
Read more

THE STOLEN BRIDE – Brenda Joyce De Warenne Dynasty, Book 6 A Perfect 10 HQN ISBN: 0-373-77184-3 October 2006 Historical Romance Adare, Ireland – 1818 Eleanor “Elle” de Warenne has been in love with Sean O’Neill for as long as she can remember. But her heart broke four years ago on the day he left to broaden his horizons and to find out just what he was missing in life, or so he said. Since then she has had no word of where he went, where he is, or how he is faring. Sean O’Neill, for all intents and purposes, is missing, and Elle has finally moved on with her life. As she prepares to marry a man she thinks she may be able to love, Elle cannot help but think of Sean and the agony he caused when he promised he’d return, a pledge he reneged on. Sean O’Neill is not the man he used to be after spending the past two years in hell in solitary confinement in prison. Now he has escaped and is determined never to be locked up in closed spaces ever again. But he cannot help but wish for anot
Post a Comment
Read more 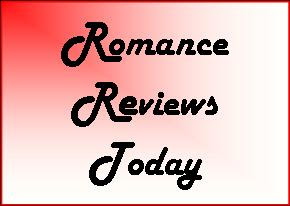